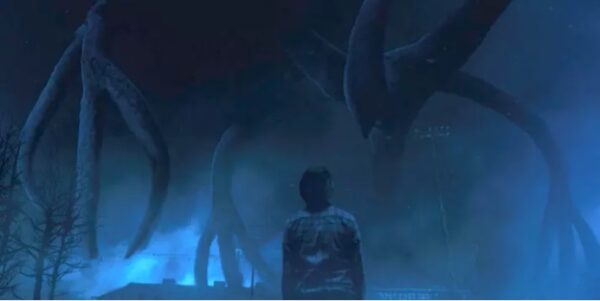 I wanted to share my vision of this moment, a very striking moment of reality here in Brazil, from a mystical point of view.

I used the technique of Crowley’s Book 4-Magic, and I summoned a guide in a form that was comfortable to me, a human-shaped being with raven’s feet and black wings.

I astral projected with him and then asked him to take me to the symbolic center of this conflict situation that is currently expressed, I was then taken to a place similar to a city, it was not a stone forest as a metropolis, but it had high buildings usually in pairs of two, houses, streets, parks, as would be expected of a midsize town, yet everything was destroyed, in ruins, not in complete ruin as impossible to be inhabited but in ruins.

It was night, a night of cloudy sky with no moon and stars visible and without artificial light in the environment, but I could still see without problems, I walked towards a building, to his right I noticed a big tree in a park, she was dry and a black dragon was at its base.

I entered the building, went up the stairs to the apartments, they were dirty and abandoned, but it seemed that the corridor bent in labyrinths and there I saw a shadow, a shadow that existed independently, without light, it was not the reflection of anything there close, just a twisting mass with many angles, as if a child had scratched a paper in a free drawing, it had two voids in them, symmetrical.

She just moved around the apartments in search of something. 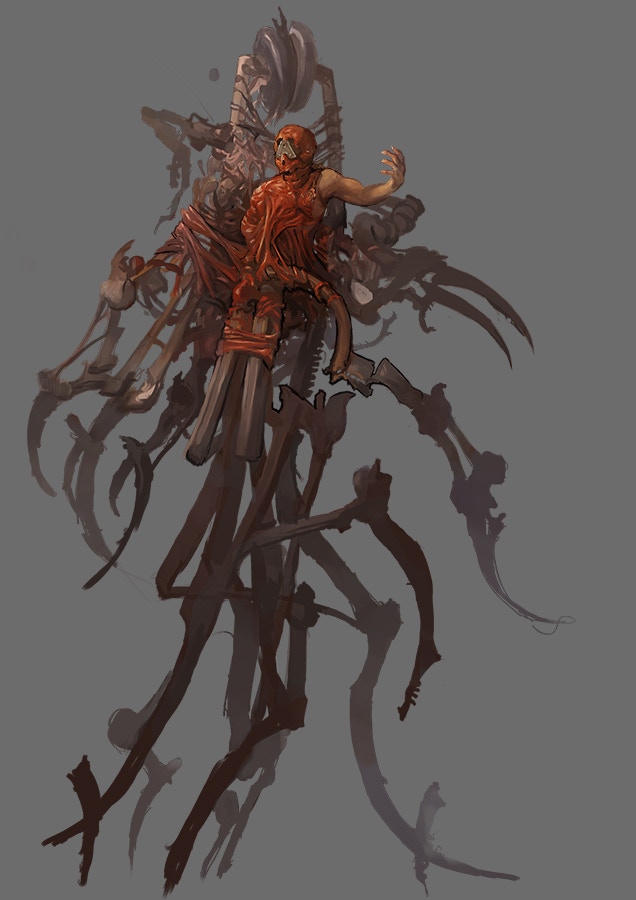 I looked through a large hole in the wall and next to me landed an owl with the face of a hyena, underneath in the darker part of the already dark environment, canine predators lurk for something, far in the middle of the city, a large rock was in a crater as if he had fallen from the heavens.

I left the building, walked, saw a light in the distance, in it, humanoids dressed in happy masks, festive clothes and shadows rolled in their bodies, piercing sweet promises in their ears, they carried one of theirs, only dressed as something different from them, an altar, the altar of the god-that-still-was not born, so they laid it on him and set it on fire, with torches, which were the light I saw earlier.

I have seen entities that are a mixture of animals with a giant human head, without skin, without visible sensory organs, walking and moving their many parts in search of frightened people, hidden in shadows, hugged to each other.

I have also seen an entourage of gunpowder demons, receiving an entity of hatred which I usually only see in wartime environments, it is represented in my paradigm as a werewolf being with scars, a red-washed skin, a large ax, deformed wings, tusks like a boar’s and a torso wrapped in barbed wire, the last time I saw a variation of this being that I remember, was when I astral projection myself for Yemem, but the from there, it had a head more elongated than this one.

For those who study hermetic cabal, this has many of the signs of Parfaxites, the tunnel of Seth which is the destruction that does not renew.

I came back after that.

I invite readers to repeat this rite, comment on their views in the comments.

I am a person who is in a very “safe” group regarding the changes that are happening, getting exempt and following the tide would be a prudent decision, but this time the evil is something very clear and it is not just the figure of an individual , but the legitimization of hatred as something to be shown openly, representative entities of this already walk here in a greater amount than normal, then it is important that we be an opposing side against this, in the magical and the mundane, no matter the result of the election, do not accept this state of hatred as something normal is necessary.

All who practice magic art are perpetual rebels and resistance to evil fits in most evolutionary ways and in this paradigm of rebellion.

I am openly against this hatred that threatens the other just for exist. 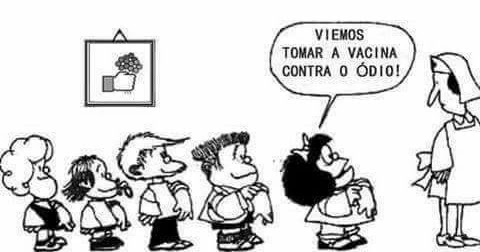