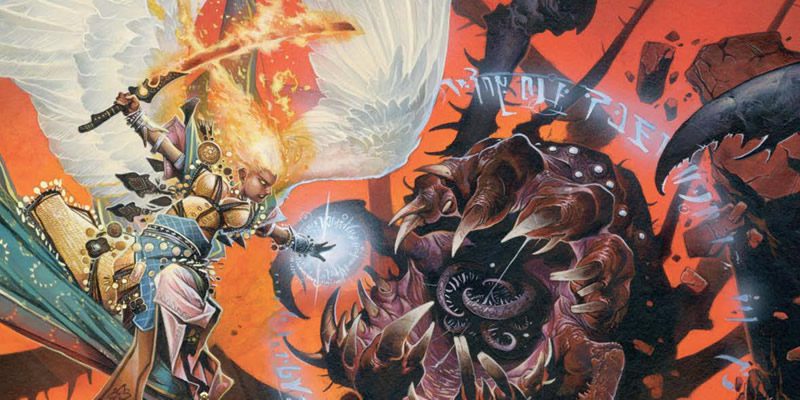 When we set out to evoke some entity using the method quoted in Grant Morrison’s Pop Magic, we open ourselves to a huge range of possibilities.

My experiences with this technique led me to believe, that sometimes an entity of a close concept for the fictional entity evoked, presents itself in that form, because she was interested in our invitation, in a way similar to a person going in a social outfit because the invitation of the party said that.

We have bibliographies in which this case is narrated several times and we have magical systems that are used as base, the evocation and the study of “fictional” entities, being those that are used of the beings of Mythos of the Cthulhu are the most famous and developed in the West, at least what is more widely known to the public.

We can even use traditional evocation systems to evoke entities of this nature, such as the system used in Ars Goecia. 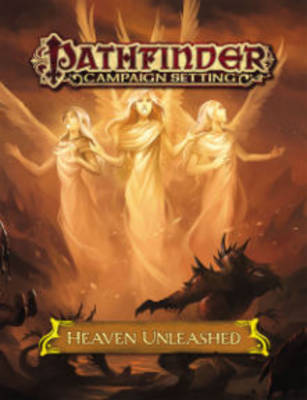 So I’d like to come up with a few reasons why fantasy gods of RPG games might be a good fit for this, at least from the more established and famous scenarios.

For a successful evocation, one of the factors that influence positively is to you study and immerse yourself in the knowledge of the being you want to evoke, in order to build the elements to connect to it in the process of evocation.

A god of a well-structured scenario, such as the american rpg Pathfinder, has for its main gods, its symbols, myths, church runs, sacred holidays, how are their temples, areas of divinity interest, and various little details that facilitate the evocation process.

Arshea (Pathfinder RPG), the angel empyreal lord of freedom, physical beauty and sexuality, in addition to the description of the her sacred symbol, of the temples as I quoted in the previous paragraph, has described an obedience to her, which I transcribe here. “Achieve sexual release by yourself or with one or more partners. Praise the most beautiful aspects of yourself and any partners aloud, and offer a prayer to Arshea while still naked.”

It is a well-organized method of immersion in the concept represented by the entity, which is described as containing the best male and female traits, so a successful evocation will attract a gender-related entity that is of the celestial vibration, in which people who are not cis may feel at ease to evoke, at least in the environments I attend the description of such an entity is somewhat rarer.


Thanks for your attention.