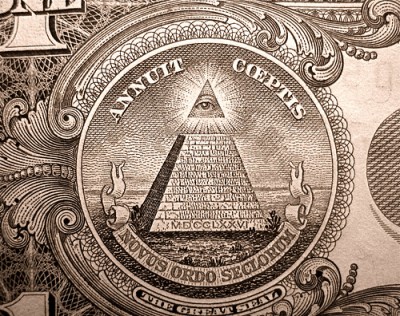 This time of so much political polarization in our country in this election year, i invite you to think with me, in the magic value in politics.

Magic is a tool as well as an art, as I said in another of my articles, so she has the amount of political value with you want to give her in the political struggle, because we are magicians, but also people involved in a social reality and policy, and every choice we make in everyday life is a political choice.

Even we can use the magic art to affect the reality of higher politics, at the municipal, state and federal scenarios, if we have competence enough to change the outcome of an election, rather than the will of others, this is nothing more than proof our ability, though I think it’s a difficult thing, because being the magic the effort of will on reality, you have to face a much higher will to his greater number of people, it will be a challenge in itself, as quantity this case is a quality in itself.

There are magical traditions with believe that any interference in the free will, should be avoided by the magic practitioner of the art, I disagree, because as a tool itself is not moral and magic as above cited is a tool, it is only have the moral you put in it, if you can without guilt, bless or curse the right candidate you disagree, this is an interference in free will, as significant as a lobbyist providing financial resources for a campaign or even less in that case.

I feel that the Brazilian occult scenario is a bit like the corporate market, with alliances of interest with people who are rivals for the public and potential for corruption, because unfortunately it is part of the reality of our country and many attacks and magical work in this election will be guided for this reason. Magic and faith have been used as political tools and for the war, since when civilization started to recognize that sort of thing, just because the modern political landscape is different than it used not to say that this rule is over.

For those who find that they can not in this scenario find people capable of great sacrifices for the sake of an ideal, I remember the arrest of former President Luiz Inacio Lula da Silva on the last day April 7, 2018, if he had spoken to take up weapons and resist, people would follow and form trenches, there were people who were there in his speech that they were willing to give more than his words, this type of energy, this type of voluntary sacrifice, the energy of conflict that manifests this time is also a magical feat, just be enough to have someone with knowledge there to channel this energy towards something much bigger.

This is a war and yes, this is a word that seems more certain in this election, on various fronts and no doubt that is already going, so you who believe in certain ideological aspect, if you who believes in a particular candidate and can do an effort to alter reality with witchcraft, time to try is always now, because if you are willing, to hold on to personal dogmas not to act is an excuse for yourself and prove that you never really willing.

Magic also measured by its results, your victory will be your legacy, whether in Brazil,  in the United States, in North Korea or any country you want to affect, being a citizen with magical knowledge in our global society.

Post suggestions of spells, magic acts and results in the comments, this is a time for the magic affect beyond the personal practitioner universe, a time to affect our destiny as members of this nation.